Visit the Great Wall of China

Winding across deserts, grasslands and mountains and stretching over 13,000 miles, the Great Wall of China is one of mankind’s greatest engineering feats and a must-see for any visitor to China.

About the Great Wall of China

Constructed as a series of fortifications along the northernmost border of China, the Great Wall was built intermittently over centuries as China’s emperors and imperial powers sought to defend the country from invading forces.

The earliest phase of construction began in the 7th century as a number of disconnected walls. As attacks from the north intensified and ruling powers looked to unify China, these walls were joined and reinforced during the Ming Dynasty. These later efforts reflect more sophisticated building techniques, with brick and stone replacing the rammed earth previously used, and also resulted in the erection of over 25,000 imposing battlements and beacon towers. 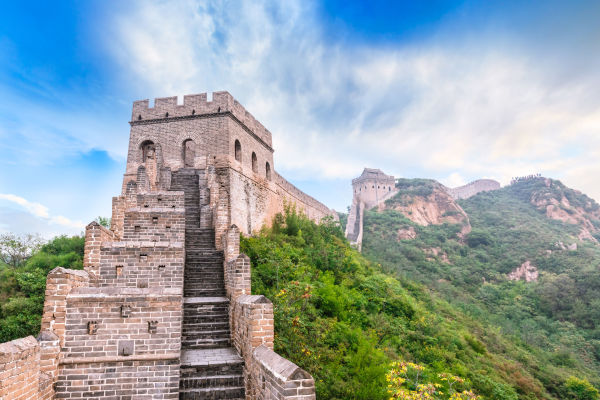 Although only recognised as a UNESCO World Heritage Site in 1987, the modern-day Chinese authorities have taken painstaking care to maintain and restore large sections of the wall, providing safe and easy access to this cultural and historical treasure which is visited by over 10 million people yearly.

Visiting the Great Wall of China

In the words of Chairman Mao, “Unless you visit the Great Wall, you’re no hero”. It takes no heroic effort however, as the wall can be accessed from a number of points, with each stretch offering dramatically different sights and views. The best and most popular sections are easily reached from Beijing, with ten in particular drawing visitors by the thousands. These are our two favourites:

Juyongguan: The closest section to Beijing, this stronghold was the most important in ancient China’s defences. Its undulating path stretches into the Guangou Valley and across a river before looping back to the starting point, meaning that visitors needn’t retrace their steps. In addition to age-old towers and sweeping mountain vistas, Juyongguan is also the site of the Cloud Platform, a former Buddhist meditation platform that still retains centuries-old carvings.

Mutianyu: One of the best-preserved sections of the wall, Mutianyu also boasts a unique feature in the form of 23 watchtowers dotted along its length. Although it offers the gentlest inclines of all ten passes, cable car access is also available for those hoping to avoid the climb; reach the highest point of the wall and you’ll be rewarded with panoramic scenes of lush, forested hills. 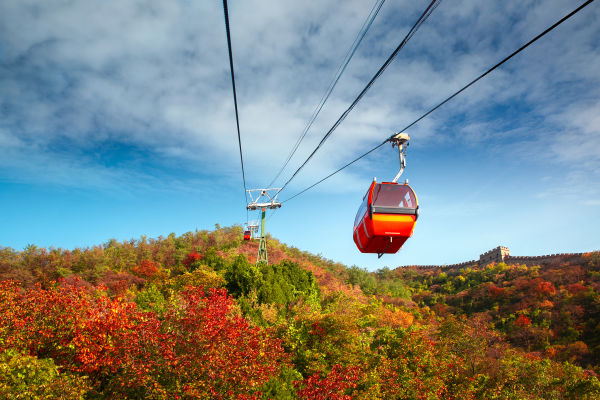 Preparing for your visit

Put your best foot forward with some sturdy walking shoes as all sections of the wall feature somewhat uneven stone paths and steps. Dress for the season but try to wear layers so that you’re prepared for strong winds, chilly breezes or harsh sunlight. In summer, don a hat as there is little shade besides the cool interior of the watchtowers. While the wall is the indisputable star of your trip, the surrounding landscapes are breath-taking in their own right, and a pair of binoculars is a good way to soak it all in.

Don’t stray too far from your tour guide – the Great Wall teems with interesting facts, history and anecdotes that are equally as fascinating as its physical form.

Tours of Great Wall of China