If you want to spot a leopard, this is the place to be. But more about them later. Yala National Park, which borders the Indian Ocean in South Eastern Sri Lanka, has been a designated conservation area since 1938. In fact, only one section of it, properly known as Yala West or Ruhunu National Park, is open to visitors. That is more than enough to provide a rewarding jeep safari experience. For wildlife spotting, Yala is superb.

Wonderful and vast amounts of wildlife

With the usual caveat that nothing can ever be guaranteed, a visit to the park offers the chance to see an amazing array of fauna. Colourful Painted Stork perching on the edge of lagoons, where there may also be some jaw-droppingly large crocodiles having a doze. Beautiful blue and green Fantailed Peacocks strut their stuff in the woods, while above them monkeys chatter and crash around in the trees. Moving at a rather more sedate pace are the many Elephants – there are an estimated 300 of them in the park – often to be seen congregating around waterholes. A total of 32 species of mammals have been recorded, including the shaggy-coated Sloth Bear, Jackals, Sambars, Spotted Deer, Water Buffalo, Wild Boar and Mongoose. Sometimes it can feel like you’ve wandered onto the set of a Jungle Book movie.

Then there is the incredibly rich birdlife – around 130 species have been recorded. Besides the ubiquitous peacocks, there are Eagles soaring overhead while down at water level are Lesser Flamingo, Pelican, Spoonbill, Heron, Darter and the aforementioned Painted Stork. Added to these are the thousands of migrating species that arrive to escape the northern winter, including Pintail, White-Winged Black Tern, Curlew and Whimbrel. They mix with residents such as Whistling Duck, Wattled Lapwing, Plover, Hornbill and the endearingly clumsy Jungle Fowl – the national bird of Sri Lanka.

But without doubt, Yala’s most famous resident and the star attraction is the Sri Lankan Leopard. Yala has a higher concentration of these magnificent felines than anywhere else in the world. Though by nature shy and elusive, Yala’s leopards are quite attuned to the sight of humans in jeeps so seem quite confident roaming the gravel road tracks as well as the bush jungle during the day. That’s why sightings are very common. 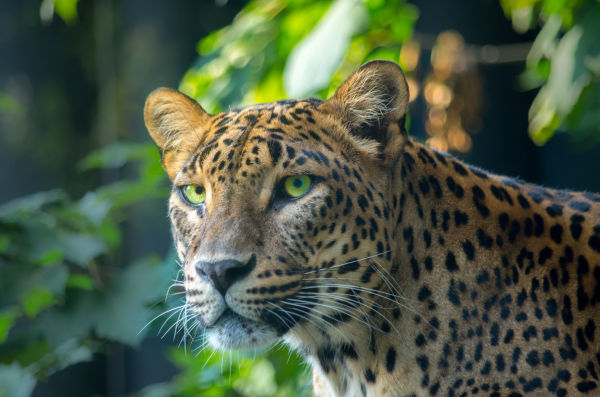 Threats to Yala… from Man and Nature

National Parks and Conservation Areas the world over are always under threat from man-made problems such as poaching, logging, mining, and pollution – and Yala is no exception. But the Department of Wildlife Conservation and other agencies do a laudable job in attempting to preserve the status quo. However, nothing could have prevented the natural disaster that struck the park in 2004 in the shape of the Indian Ocean Tsunami. Yala lay in its direct path and suffered severe damage. The wave was reported to be 20ft high and reached nearly a mile inland, killing some 250 people in the vicinity. Grassland, forest and wetland habitats were badly affected. Obviously, its tourism business, so crucial to its prosperity, suffered too. Since then there has been a remarkable recovery, and visitor numbers have quadrupled since 2009.

If you’re planning to be one of those visitors, you won’t be disappointed.